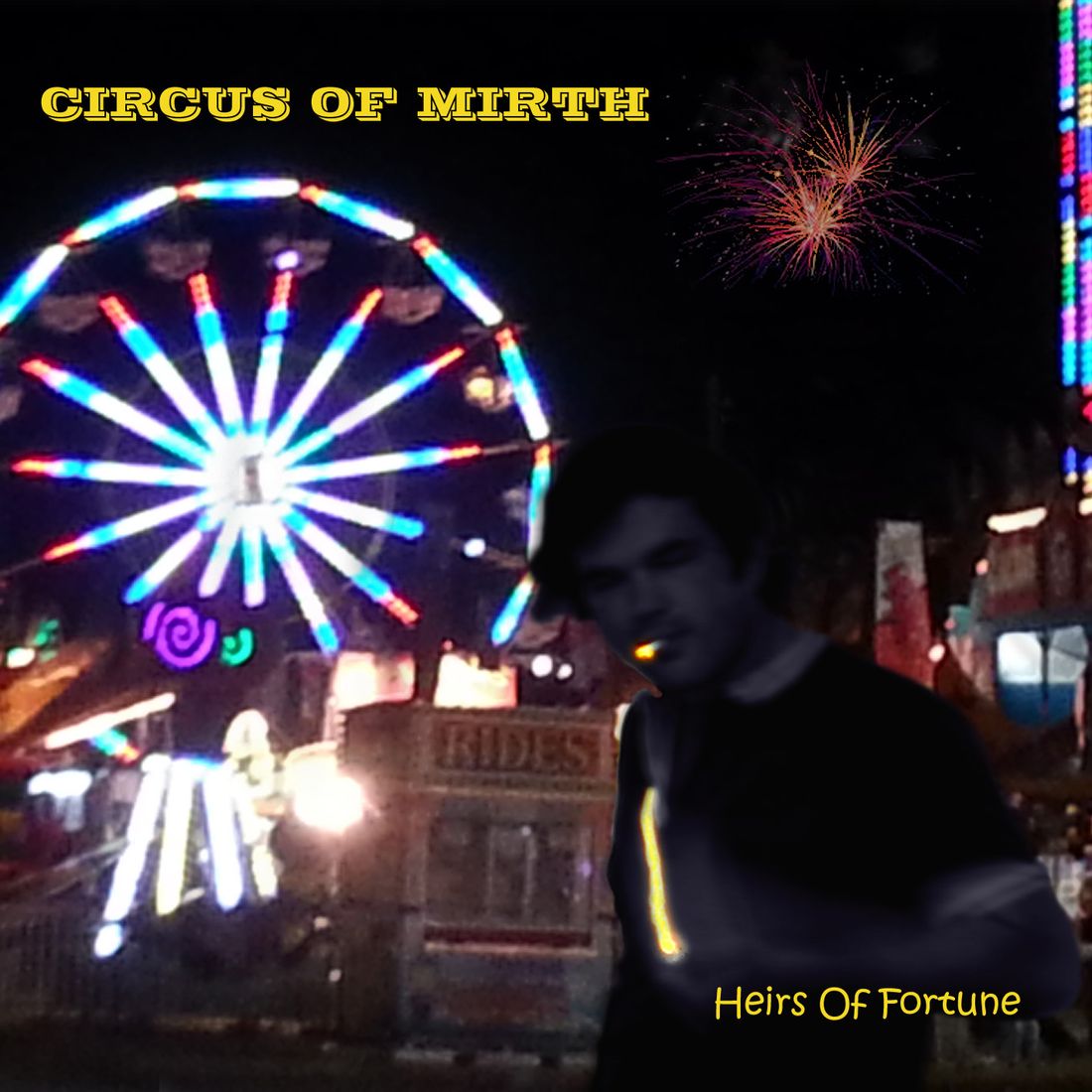 Downloads available from the Counterfeit Productions Music Store on this site, or CDBaby at: http://store.cdbaby.com/cd/heirsoffortune  and at other major music retailers. 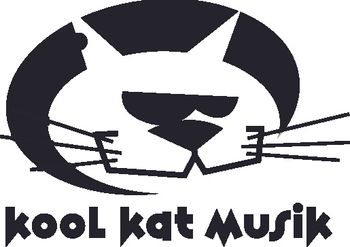 What the reviewers say about Circus Of Mirth;

"A striking debut outing, Circus Of Mirth couples heritage pop rock inspirations with modern strokes, resulting in a collection of tunes smacking of a timeless quality. Songs dripping with catchy melodies and hummable choruses will never date, and the band delivers these gripping elements in spades."

"If you're a fan of great pop and rock music, then you've got to get yourself a copy of the Heirs Of Fortune's "Circus Of Mirth" CD... NOW!!! It's my favorite release of 2017 so far, and may end up as my favorite for the year!"

"...the compositions are primarily piano driven and the melodies are engaging. This is evident from the get-go with tracks such as “Aster Street Days”, one of my early favorites. “How Can I Resist” features a catchy chorus and smart lyrics, and the cover of Chris Bell's “I Am The Cosmos” is a testament to the band’s good taste.  “Crazy”... is more guitar reliant and settles into a great groove early. At just 2:45 it’s a fresh breeze, a great slice of classic power pop."

"Heirs Of Fortune have created a poignant and reflective album; "Circus Of Mirth", dedicated to Audities publisher and good friend/advisor to the band, Gary Littleton, who was tragically taken from us much too soon.  Most of the songs on the album... were written or co-written by Terry Carolan, who carries the spirit of Mr. Littleton through this disc of fine pop songs which will remind the listener of an American Badfinger."

"Lyrically straight forward without being simplistic, "Aster Street Days" conveys the wistful reverie it depicts perfectly.   Evocative sums "Aster" up nicely. As a good song should, it whisks the listener away to the place and time brought to life, however briefly, by it's lyrics and melody. Much like those precious memories of friendships forged in the formative years of early adulthood, "Aster Street Days" is a song that I know I'll revisit often."

"I hear The Hollies, Emitt Rhodes and Jeff Lynne in these tracks, and if that doesn't convince you to listen, get your head checked!  A real carnival of light!"

"Dedicated to the late Gary Littleton (publisher of the seminal 90's pop fanzine Audities), Circus Of Mirth is a solid, meat-and-potatoes record... "Goodbye My Friend" is an elegant, slide-guitar filled elegy to Littleton. Another highlight is the warm, nostalgiac "Aster Street Days", a beautiful, 70's tinged pop confection."

"...a collection of carefully crafted pop standouts ...  "Aster Street Days, which has that glorious mid-70's pop sound and feel...  The crisp and delicious acoustic guitar opening of "From Where I Am" is enough to induce a chill.  ... the kicker is a near orchestral version of "I Am The Cosmos...an outstanding rendition.  This album is another of those fine examples of "how it's done"."

About Circus Of Mirth...

In 1974, I had the good fortune of being part of Tampa's influential, but obscure pop rock band, Amnesia, and through that, meeting Gary Littleton. My time with Amnesia lasted only six months, but my friendship, association and collaboration with Gary spanned decades. It is those years, and events within them, that are the inspiration for the Circus Of Mirth album.

Gary Littleton met Ralph Smith at WFLA Radio in 1974, popping his head into a room where Ralph was listening to a new album. Gary was curious about who it was, because of the ringing guitar chords. The album was "Starting Over" by the Raspberries.  In Ralph's own words; "A shock of unruly black hair did a double-take while passing the music library and poked its head inside.  I dropped the needle on "I Don't Know What I Want", the Berries' blatant rip-off of the Who's "Won't Get Fooled Again".  Without realizing it, I'd made a lifelong friend of the brilliant, musically voracious and endlessly curious Gary Littleton".  This serendipitous moment set the stage for many things to come.

Gary became a fan of Amnesia, especially Ralph Smith’s songwriting, and it was at an Amnesia show that I first met him. Later, when I formed Just Boys, he became a spokesperson, sometimes benefactor and general cheerleader for the band, as he had with Amnesia. But in 1977, Littleton upped the ante by instigating and funding the recording sessions for the Just Boys single, and working with me to form Counterfeit Records for its release. As part of his new role as record executive, Gary also arranged distribution with Bomp Records, and then Jem Records.

From that time on, Gary became a key figure in many of my musical endeavors, as well as a close friend and a music fan who shared an essentially religious devotion to pop music with me, Ralph Smith and other like-minded people.  Gary again turned up the heat when he launched Audities with Anthony Henderson in the mid 1990's.  With this effort, Gary tried to offer the same support to the pop-rock community in general, as he had to Amnesia, Just Boys, True Hearts and New Movies.  Despite his widening circle, Gary's interest and support for the music Ralph and I created never wavered.  This was evident by including four songs of mine on the (sadly unreleased) Audities Insanely Great Pop, Volume One album.

When Gary passed away in 2008, I inherited a crate of cassette tapes. I felt duty bound to listen to all of them, feeling they must've meant something to Gary. But between being overwhelmed by the quantity, and dismayed by Gary's lack of labeling, I eventually gave up and decided to cull out tapes of mine and Ralph's (demos Gary frequently stole), and other items that's might be of interest. Among those items of interest were two tapes I put aside; one was labeled "Circus Of Mirth" and the other "Blue Cartoon". Both names sounded interesting.

Sometime later, I discovered that the "Circus Of Mirth" tape was actually a voicemail left on my Los Angeles answering machine, and unbeknownst to me, pilfered by Ralph many years earlier. The "Blue Cartoon" tape was a demo sent to Gary by the band in 1997. Also, in the crate were a couple folded pieces of paper. I eventually unfolded those papers to discover they were a letter from Lee Elliott of Blue Cartoon, introducing the band to Gary, and describing the enclosed cassette demo. The letter explained that Blue Cartoon were from San Jose, but had relocated to Austin, Texas... where I then lived. While years had passed since that letter, I decided to try to locate the band, and to my amazement, found them. Not long after (in 2010) I was invited to join Blue Cartoon. So, even after Gary's passing he was directly responsible for my next big musical effort.

So it was, that in 2015, when Ralph Smith and I decided to collaborate on some recordings, the topic of the Circus Of Mirth tape came up. Revisiting that tape brought Gary back into our thoughts, and reminded us of how supportive Gary had been to both Ralph and myself as songwriters. As our collaboration grew from the few songs we originally intended, to a full album, both of us knew the album had to be named Circus Of Mirth, and that the album should tell the story of Littleton's role in our musical lives, in a quiet and subtle way. We also felt that it should be recorded only by people who were a part of that shared experience, and Heirs Of Fortune was born.

It is intentional that the album's first song is "Invited", an Amnesia recording from 1974 that has never before been released. Likewise, that the album is closed by an excerpt from Blue Cartoon's "If I Could Do It All Over Again", which was the first song I recorded with the band (you should attempt to find the whole song!). These songs bookend the span of time and events that Gary was so much a part of.

As Heirs Of Fortune, we're grateful to have been able to reunite with this common purpose, and to keep Gary's memory alive.  He really was The Ringmaster of the Circus Of Mirth.

Who are Heirs Of Fortune?