Ladies and Gentlemen... The Pinups

In 1978, shortly after Terry Carolan left Tampa with Just Boys and headed for Los Angeles, friend and benefactor Gary Littleton moved to Houston, Texas.  In early 1979 Gary called Terry to tell him about a "great band called The Pinups", and inquired whether Terry might be interested in moving to Houston to join the group.  At the time The Pinups were a three piece band consisting of founder Chris Lesikar on bass and lead vocals, Jack Lebert on guitar and vocals, and Toby Davis on drums.  The band was interested in adding a fourth member.  Despite Gary's prodding, Terry passed on the offer at that time.

A few months later, after several auditions with other groups, and attempting to form another band, Terry contacted Gary, saying that he might be interested if the opportunity with The Pinups came up again.  And it did.  By the time Terry arrived in Houston, Manuel Martinez had joined the band to replace Jack Lebert on guitar.  Terry filled the fourth position on guitar and vocals.  Before the dust could settle though, drummer Rick Holeman was brought in to replace Toby Davis.  With this lineup The Pinups became a powerful pop-rock band and quickly became a favorite live group in Houston.  The music and the shows tapped into the raw energy of punk/new wave music, but used that energy to drive well crafted and powerful modern-pop-rock tunes.  In a few short months the group was steadily booked for shows and managed to go into the studio to record a few tunes, including Terry's "Goodbye and Goodnight" as well as "Too Serious", "In Your Head" and "Doctor Please" by Lesikar and Martinez .  In true supernova fashion though, The Pinups flared and then burned out.  Terry and drummer Rick Holeman were "excused" from the group (rumour has it that there was a great deal of acrimony concerning a blue case and some cables).  Terry went on to form The Flirt (later to be True Hearts) and Rick joined the band with Terry soon after.

Under Chris Lesikar's guidance, The Pinups went on in several incarnations.  Most notable was with the group as a trio again.  This time with Lesikar on bass and vocals, Donnie Sabo on guitar and vocals, and Toby Davis back on drums.  This version of the group played many live shows and opened up for several larger acts.  Their tune "1999" was included on a complilation album of Houston artists in 1979 (quite a while before Prince made the title forever famous).  But this version of the group also crumbled.

In the game of musical chairs that was The Pinups, Carolan and Lesikar teamed up again in 1983 with a new Pinups trio, including Joe Shiro on drums and vocals.  Along with typical regional gigs, the group went into the studio and recorded several tunes, including Lesikar tunes "Makeup", "Modern Love", "Knock Knock" and "Day By Day", plus Carolan tunes "Holiday", "Comin' Out", "Look Away" and "Japanese Car".  For a short time the group expanded to four piece again with the addition of Kip Millwee on keyboards and vocals.  While not the powerhouse that the 1979 version of The Pinups was, this incarnation of the band was a good, solid working band.  But the Pinups mojo had to come to its inevitable conclusion and this version of the group also disolved just as it was beginning to solidify.

In a final attempt, Terry Carolan and Chris Lesikar formed "Lesikar/Carolan".  Intended as a band, it became more of a concept and a framework and never materialised into a performing or recording group.  Carolan and Lesikar parted ways for reasons no one now remembers, but it was most likely something to do with a blue case and some cables!

Pinups of The Pinups 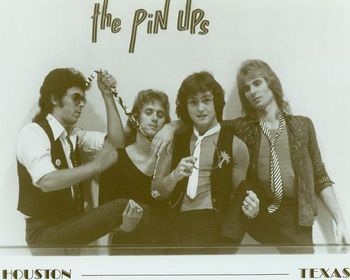 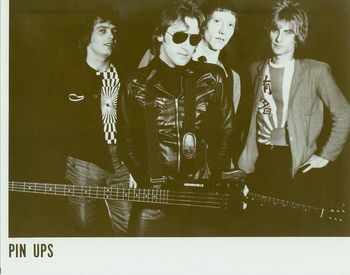 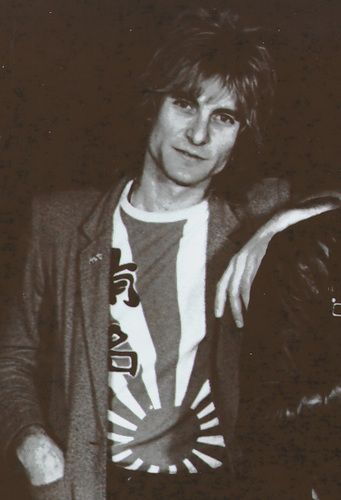