Just Boys was formed in Tampa, Florida in 1976 by Terry Carolan; guitar/vocals/keyboards, Bobby Woodrich; bass/vocals and Gary Heslin; drums/vocals. For about two years the band played frequently in the Tampa Bay area. The group also made regular trips to the recording studio, resulting in a single released in 1977 on the band’s Counterfeit Records label. Through great assistance of their quasi-manager/benefactor and friend Gary Littleton, the record had domestic and international distribution with both Bomp Records and Jem Records. Littleton’s efforts also helped spark the interest of Arista Records president, Clive Davis.

While often mislabeled as a punk or new wave band, Just Boys were a melodic rock band with strong pop tendencies who fit better into the Power Pop category. They were primarily an original music group, anchored by the songwriting of Terry Carolan, but the group also performed unique renditions of select cover tunes in their live shows.

In 1977, shortly after the release of their record, Gary Heslin left the band to join Shades, another Tampa/St Pete group. He was replaced on drums and vocals by Ral Spera and the group continued to perform, record and shop for a record deal. Between late 1977 and mid 1978 Just Boys made numerous attempts to expand to a four piece band, so they could more accurately reproduce the arrangements of their recordings when playing live; Tim Scott McConnell, joined for a short time as lead vocalist/frontman, and Ritchie Quik joined later as lead guitarist and backup singer. Ultimately Just Boys remained a three piece band and settled for fuller production in the recording studio and pared down arrangements onstage.

In mid 1978, on a wave of local recognition, minor success from the release of their record, and serious interest from Arista Records, the group decided to go to Los Angeles to take advantage of the burgeoning punk/new wave/power pop scene, and to be in the heart of the record industry. In LA, Just Boys were signed to a management and booking contract with Gold Hill Music, a publishing and management company whose other clients included Stephen Stills and Firefall. The company began grooming the group and booked them in a variety of LA area venues, including such legendary showcase clubs as The Starwood and The Troubadour.

Los Angeles proved to be difficult to adapt to for the young and somewhat naive band. Sadly, after a mere four months of performing in LA and pursuing a record contract, Just Boys started to unravel and all of their hard earned accomplishments unraveled along with them. By fall of 1978 the band threw in the towel, leaving only their debut single as a legacy.

In a serendipitous, but unexpected, turn of events, the band will be reuniting to play the International Pop Overthrow show in September 2013.  It will be the first time the band has performed together in thirty five years.  They'll be joined onstage by one of the former short term fourth members, Michael Heyman.  Also in the works are a book/CD package chronicling the band's calamitous story, and including remastered versions of all of the band's recordings, most of which have been previously unreleased. 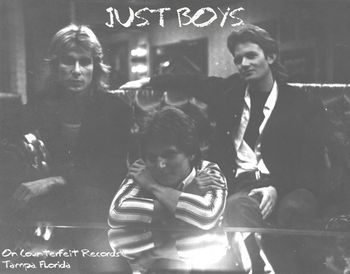 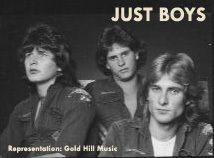 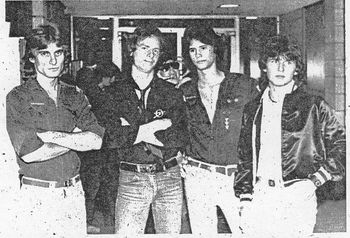 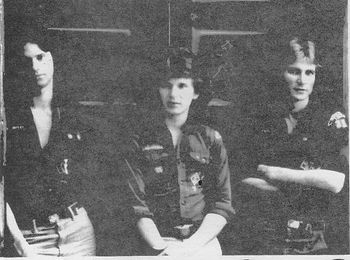